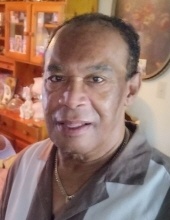 Jesse Howard Butler, 81, (09/10/1940 – 08/30/2022) passed away unexpectedly at his home in Washington, D.C. on Tuesday August 30, 2022. Jesse was born in Washington County, Va. and graduated from Douglas High School. In 1963 he enlisted in the U.S. Army, served 2 years and was honorably discharged in 1965. He moved to Washington, D.C. in that year and began employment with the U.S. State Department as an Information Technology Specialist. He retired from there after many years of service. Jesse was a die-hard Washington Redskins Football fan.

He is survived by his mother Lydia Fullen who is 102 years old and is a resident of Choice Healthcare in Abingdon, Va. He is also survived by his loving cousins who are members of the Fullen Clan. Jesse had 3 special friends Carl McManee, Kirk Douglas, and Chuck Chairge.

A graveside memorial service will be held at 2:00 PM on Saturday September 17, 2022, at Forest Hills Memory Gardens; 19415 Lee Highway; Abingdon, Va. 24210 with Elder Billy Fullen officiating. Those attending are asked to meet at the cemetery 15 minutes before the service begins.

Those wishing to offer condolences online may do so by visiting farrisfuneralservice.com and signing the online guest register.

To order memorial trees or send flowers to the family in memory of Jesse Howard Butler, please visit our flower store.