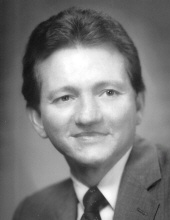 John Andrew “Drew” Wright, Jr., age 69, of Abingdon, Va., passed away on Thursday, November 4, 2021, at Johnston Memorial Hospital.  He was born to the late John Andrew "Bud" Wright, Sr. and Joyce Jennings Wright in McDowell County, W.Va.  In his youth Drew played basketball and baseball for the Abingdon Falcons and later enjoyed the game of golf.  He was a former employee of Pittston Coal, Co. and  was the founder of SWVA Coal Sales.

In addition to his parents, Drew was also preceded in death by his wife, Molly Sue Wright.

He is survived by three siblings, Brad Wright and wife, Hilda Beheler, of Logan, W.Va.; Karen Wilson, and husband, Ralph, of Durham, N.C.; and Robin Kirtley and husband, Keith, of Abingdon, Va.; and stepson, Wayne Judkins and wife, Brandi, of Webster City, Iowa.

At his request there will be no formal services.

Those wishing to express sympathy online may do so by visiting www.farrisfuneralservice.com and signing the online guestbook.  The family of John Andrew “Drew” Wright, Jr. is being cared for by Farris Funeral Service and Crematory, 427 E. Main St., Abingdon, Va. 24210 (276-623-2700).
To order memorial trees or send flowers to the family in memory of John Andrew "Drew" Wright, Jr., please visit our flower store.