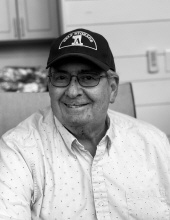 John Joseph Carrico, age 76, of Abingdon, Va., was called to his heavenly home on Sunday, November 14, 2021, with his wife and daughters by his side.

John was born in Bardstown, Ky. on June 7, 1945, to the late Virginia Hayden Carrico and Boothe Carrico.  His family moved to Charlestown, Ind., in 1949 where John spent his childhood and high school years going to school and working on the family farm.  After graduating from St. Xavier High School, Louisville, Ky. (1963), John received an Economics degree from Purdue University (1963-1967).  He was then awarded a Master’s degree in Marketing from Eastern Michigan University (1967-1969).

In addition to his parents, John was also predeceased by a sister, Jenny Crawford; nieces, Penny Crawford and Sherri Rohme, as well as several aunts, uncles, and cousins.

Those left to cherish and smile at many memories are his beloved wife, Betty, of 50 years, daughters, Shana Carrico and Amanda Carrico (Shawn Florey); grandson, Sylas Camargo; granddaughter, Hazel Florey, all of Abingdon; five sisters, Ann Carrico, Becky Owens (Rick), Debbie Carrico, and Shirley Carrico, all of Louisville, Ky.; and Bobbie Cannon (Ernie), of Jeffersonville, Ind.; and brother, Steve Carrico, of Jeffersonville, Ind.  He is also survived by several nieces, nephews, and cousins.

John’s career path began as a professor of Economics at Southwest Virginia Community College and Virginia Highlands Community College from 1969 to 1984.  His love of business resulted in becoming a building contractor  as well as owning a vending machine company from 1977 to 1994.  After selling the vending business, he then built and operated A-1 Self Storage, along with owning rental properties from 1996 to the present time.  John was very proud that his daughters are continuing his legacy of operating the business he started.  Due to his love of economics, he was always so eager to advise anyone who asked about business prospects or financial questions.

John’s pride and joy were his daughters and being “Poppy” to his precious grandson, Sylas, and granddaughter, Hazel.   Before health issues became a concern, John enjoyed several years of traveling with his wife, as well as playing golf and cards with his friends at Glenrochie Country Club.  He also enjoyed meeting his buddies for a weekly breakfast.  John attended Christ the King Catholic Church.

A funeral service will be held on Saturday, November 20, 2021, at 12:00 p.m. at the Forest Hills Chapel of Farris Funeral Service, 19415 Lee Hwy., Abingdon, Va. 24210, with Pastor Luther Roberts and Melanie Coddington, Catechetical Minister officiating.  Entombment will follow in the Serenity Garden Mausoleum of Forest Hills Memory Gardens.  The family will receive friends on Saturday from 11:00 a.m.-12:00 p.m. at the Forest Hills Chapel.  The family encourages attendees to wear masks.

In lieu of flowers, the family asks that gifts be made to the Entrepreneurial Spirit Scholarship payable to the VHCC Foundation, P.O. Box 828, Abingdon, Va. 24212, for student scholarships in the business field established in his honor several years ago, or to Happy Tails Animal Rescue, P.O. Box 95, Abingdon, Va. 24212.

Those wishing to express sympathy online may do so by visiting www.farrisfuneralservice.com and signing the online guestbook.  The family of John Joseph Carrico is being cared for by Farris Cremation and Funeral Center, 19415 Lee Hwy., Abingdon, Va. 24210, (276) 623-2700.
To order memorial trees or send flowers to the family in memory of John Joseph Carrico, please visit our flower store.