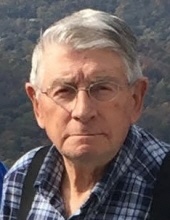 Abingdon, VA – Joy D. Henderson, Sr., age 85, passed on Friday, March 12, 2021 at his home.  Joy was a lifelong resident of the Lindell Community and a lifelong member of Lindell Church of Christ.  He enjoyed taking care of his family as well as farming.  Joy retired from General Engineering after 23 years of employment.