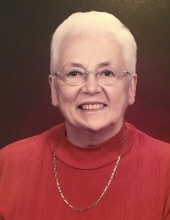 Julia Hilbert Stevens, age 92, of Abingdon, Virginia went to her Heavenly Home on September 11, 2022. She was born on January 3, 1930, to the late Clarence Drayton and Pearl Barrett Altizer Hilbert.

In addition to her parents, she was preceded in death by her husband of 51 years, D.G. Stevens, and infant son, Rodney Blaine. She was also preceded by her sisters, Goldie Altizer, Gracie Altizer, Mollie Vidmar, Uva Stagle, Carlie Altizer, and brothers, Amos Altizer, Earnest Altizer, Holiday Altizer, Wilburn Altizer, and Ralph Hilbert.

She is survived by her children: Carolyn Farley (and her husband, James) of Lebanon, VA, Charlotta Stevens of Atlanta, GA, and Anthony Stevens, Sr. (and his wife, Anna) of Lebanon, VA. She is also survived by grandchildren, Karen Farley of New Smyrna Beach, FL, Tim Farley of Kingsport, TN, Anthony Stevens, Jr. of Abingdon, VA, and Dr. Valerie Stevens of Shepherdstown, WV. She also leaves behind several beloved cousins, nephews, and nieces.

She grew up on the family homeplace (farm) near Bandy, where she met her husband. After they moved a few times, they settled in McClure, VA, where they raised their children. After retiring, they moved to Abingdon.

The funeral service for Julia Hilbert Stevens will be held on Thursday, September 15, 2022 at 2 p.m. at the Forest Hills Chapel of Farris Funeral Service, 19415 Lee Highway, Abingdon, VA 24210. The family will receive friends from 1:00 p.m. until 2:00 p.m. Interment will follow the funeral service at Forest Hills Memory Gardens.

To order memorial trees or send flowers to the family in memory of Julia Hilbert Stevens, please visit our flower store.