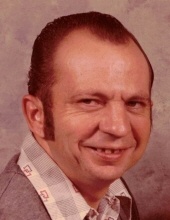 Larry grew up in Greendale, Va. and worked in the family business, Brinkley’s Grocery. He also raised cattle and grew tobacco. Larry loved working with electronics, and he sold and installed satellite systems. For fourteen years, he and his wife Sarah lived in Port Saint Lucie, Fla., where he worked as a security guard. Larry and Sarah were married for forty-nine years.

Those wishing to share memories or messages of sympathy may do so online by visiting www.farrisfuneralservice.com. The family of Larry Hugh Brinkley is in the care of the Main Street Chapel of Farris Funeral Service, 427 E. Main Street, Abingdon, VA 24210 (276-623-2700).
To order memorial trees or send flowers to the family in memory of Larry Hugh Brinkley, please visit our flower store.