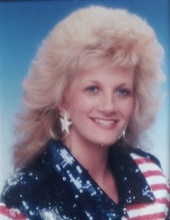 Leigh Abel Nunley, age 58, of Meadowview, VA passed away on Monday, April 18, 2022 at Forsyth Medical Center in Winston-Salem, NC after suffering from a stroke.

She is preceded in death by her parents, David and Imogene Jones Abel; a sister, Carolyn Abel

Leigh was a very caring person who valued taking care of people. Her compassion for helping others was carried on even after her passing from this life as she was an organ donor.

She enjoyed time with family, shopping at yardsales, attending sporting events for the grandchildren, taking care of her animals and most anything that involved simple country living. She will be dearly missed by her family and friends.

It was Leigh’s wish to be cremated. A private family memorial service will be held at a later date.

In Leigh’s memory it is requested that you make a donation to your favorite humane society or a local food bank as Leigh had a love for animals and a desire that none should go hungry.

The family of Leigh Nunley is being cared for by Farris Funeral Service and Crematory, 427 E. Main St., Abingdon, Va. 24210 (276-623-2700).
To order memorial trees or send flowers to the family in memory of Leigh Abel Nunley, please visit our flower store.