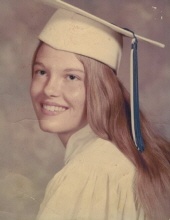 Bristol, VA – Leigh Ann Garman Kennedy, age 66, passed peacefully on Tuesday, April 5, 2022, at her home, following a brief illness. She was born October 17, 1955, in Philadelphia, PA to the late Horace and Florence Monahan Garman. For most of her life, she was a homemaker, taking joy in caring for her children and her animals.

In addition to her parents, she was preceded in death by her husband, William H. Kennedy, Sr.; brother, Joseph Wilson “Bob” Garman; and her most beloved cat, Baby Tate.

The family plans to have a private memorial ceremony at a later date. They also would like to extend a heartfelt thank you to Dr. Ryan Shao and the entire staff at Ballad Health Cancer Care in Bristol, VA.

Those wishing to express sympathy online may do so by visiting www.farrisfuneralservice.com and signing the online guest register. In lieu of flowers, donations can be made in Leigh’s memory to the Margaret Mitchell Spay/Neuter Clinic.

To order memorial trees or send flowers to the family in memory of Leigh Ann Garman Kennedy, please visit our flower store.