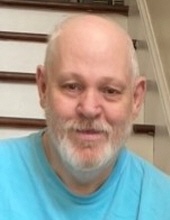 Abingdon, VA – Leslie Clarence Glover, age 66 and formerly of Cedar Bluff, VA, passed on Saturday, January 1, 2022, in Johnston Memorial Hospital. Leslie lived nearly all of life in Tazewell County, VA before moving to Abingdon in 2020. He was a graduate of Tazewell High School and a U.S. Marine Corps Veteran. Leslie retired as a conductor with Norfolk Southern Railroad after 23 years of employment.

He was preceded in death by his parents, Gerald and Irene Williams Glover.

At Leslie’s request, no services will be held.