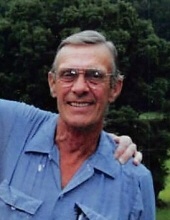 Louis Ledeliey "Lee" Hatfield, age 83, of Abingdon, Va., passed away on Saturday, June 5, 2021, at Johnston Memorial Hospital.  He was born to the late Louis A. Hatfield and Dorothy O. Knight Hatfield in New York.  Lee was a veteran of the United States Army and served in Korea and the Vietnam War as a helicopter flight engineer.  He relocated to Southwest Virginia from California where he was a lieutenant detective with the South Pasadena Police Department.  Locally, he was a member of Brumley Gap United Methodist Church.  His favorite hobby was traveling in his RV which he drove across much of the Western United States.

A funeral ceremony will be held on Friday, June 11, 2021, at 11:00 a.m. in the Main Street Chapel of Farris Funeral Service with Randy Boardwine officiating.  A committal service will follow in Forest Hills Memory Gardens where military honors will be provided by the Highlands Veterans Honor Guard and the Virginia National Guard.  Pallbearers will be Clarence Gobble, Adam Parris, Allen Parris, Matt Parris, Clint Ratliff, and Frank Stophel.  Visitation will be held at the funeral home on Thursday, June 10, 2021, from 5:00 p.m.-8:00 p.m.

In lieu of flowers, memorial contributions may be made to Ecumenical Faith in Action, P.O. Box 2419, Abingdon, VA 24212.

Those wishing to express sympathy online may do so by visiting www.farrisfuneralservice.com and signing the online guestbook.  The family of Louis Ledeliey "Lee" Hatfield is being cared for by Farris Funeral Service and Crematory, 427 E. Main St., Abingdon, VA 24210 (276-623-2700).
To order memorial trees or send flowers to the family in memory of Louis Ledeliey "Lee" Hatfield, please visit our flower store.