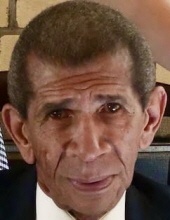 Abingdon, VA – Louis Pierson Gillenwater was born to Nellie Virginia and Shelby Ward Gillenwater on July 28, 1938, in Abingdon, Virginia. He grew up in Abingdon surrounded by a large circle of relatives and friends. Louis went to elementary school on Kings Mountain where his teachers included his Uncle Ned, and attended Douglas High School in Bristol, Virginia with many of his cousins. As a popular young man, he loved football, Western movies, singing in the Choir at Charles Wesley United Methodist Church and school dances.

At the age of seventeen, Louis attended North Carolina Agriculture and Technical Institution in North Carolina. His studies at that time were to secure a profession in teaching. This was not his interest, but where he was guided as an academically promising young Negro man. However, during a summer job at the Appalachian Power Company in Abingdon, Louis befriended a drafting engineer who instructed him on the use of the slide rule after hours. This was the spark to cultivate his interests and gifted proficiencies In math and engineering.

Louis was a pioneer on many fronts. He met and married Rosemary Tickle, of Bluefield, West Virginia in 1958. Because of the Virginia laws against mixed-race marriages at the time, the couple established residence in San Francisco, California. Louis transferred to and graduated from the University of California Berkely, now with a major in design engineering in 1961. With the passing of the Civil Rights Act in 1965, Louis became one of the first Black engineers hired at Standard Oil Company. His work would later include projects in Korea, France, Saudi Arabia, Alaska and the Dominican Republic. His corporate experience also included PG&E and Bechtel Power Corporation. He returned to Abingdon upon his retirement.

Louis and Rosemary welcomed two children, Michèle and Vance. Louis would later marry Darnita Alexander, and welcomed a third child, Kwamalita. His pride in each of his children was his primary source of joy. Louis travelled the world and was an adventurous “foodie.” He enjoyed great conversation, competitive bowling and also loved swimming, fishing, camping, and gardening. He returned to Abingdon upon his retirement.

Those wishing to express sympathy online may do so by visiting www.farrisfuneralservice.com and signing the online guest register. The family of Louis Pierson Gillenwater is being cared for by Farris Funeral Service and Crematory, 427 East Main Street, Abingdon, VA 24210, (276) 623-2700.

To order memorial trees or send flowers to the family in memory of Louis Pierson Gillenwater, please visit our flower store.