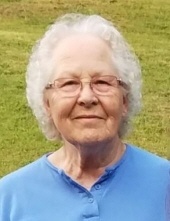 Lula Belle “Beck” Frazier Statzer, age 85, of Bristol, Va., went to be with the Lord on Sunday, July 31, 2022, at her residence. She was born December 23, 1936, to the late Nelson Frazier and Alta Johnson Frazier in Scott County, Va. Lula retired from Electrolux where she worked in Distribution Services. She was a member of Willow Branch Baptist Church. She will be remembered for her phenomenal cooking and hospitality. Lula enjoyed spending time at home with her family and spoiling her grandchildren and great grandchildren.

A funeral ceremony will be held on Sunday, August 7, 2022, at 2:00 p.m. in the Main Street Chapel of Farris Funeral Service with Pastor Michael Lyons and Pastor Matthew Tester officiating. A committal service will be held at Forest Hills Memory Gardens where Tyler Statzer, Jeff Statzer, Jarion Baldwin, Rick Barker, Chad Gose, and Darrell Brummett will serve as pallbearers. Honorary pallbearers will be Lula’s nephews and a special family friend, Bill Kaylor. Visitation will be held on Sunday, August 7, 2022, from 12:00 p.m.-2:00 p.m. at the Main Street Chapel.

In lieu of flowers, contributions can be made to St. Jude Children’s Research Hospital, 501 St. Jude Pl., Memphis, Tenn. 38105.

The family would like to extend a special thanks to the staff of Elite Hospice, Misty, Janet, Terri, and Charity; as well as family members, Thelma, Treva, Bonnie, Terrie, and Shelley.

Those wishing to share memories or messages of sympathy may do so online by visiting www.farrisfuneralservice.com. The family of Lula Belle “Beck” Frazier Statzer is being cared for by Farris Funeral Service and Crematory, 427 E. Main St., Abingdon, Va. 24210 (276-623-2700).

To order memorial trees or send flowers to the family in memory of Lula Belle "Beck" Frazier Statzer, please visit our flower store.