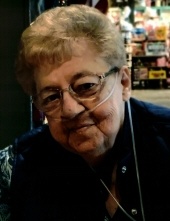 Anna “Marie” (Robins) Farley, age 76, of Abingdon, Va., passed away on Tuesday, December 7, 2021, peacefully in her home. Marie was raised in Russell County, Va. until her family relocated to Abingdon. She served as a bookkeeper and Income Tax Preparer for many years both for her own business and for many others. She retired as Master Chief Deputy for the Washington County Commissioner of Revenue.
She was preceded in death by her parents, Sylvester Robins and Willie Leona Richardson Robins; her husband of 58 years and the love of her life, David Ray Farley; two brothers, Bill Robins and Raymond Robins; and a sister, Julia Snead.
She is survived by her daughter, Teresa Farley Baker and husband, John; granddaughter, Hannah Amer (Hunter); grandson, Kyle Amer; four great grandsons, Braxton, Coltyn, Tennyson, and Oxley; a very special sister, Lois Botts and husband, James; brother, Alfred “Butch” Robins; several nieces and nephews, three special friends, Brenda Bailey, Shelby Hoss, and Libby Farley; and a granddog, Tucker.
A funeral ceremony will be held on Saturday, December 11, 2021, at 7:00 p.m. at the Forest Hills Chapel of Farris Funeral Service with the Rev. Jerry A. Eggers officiating. A committal service will be held on Sunday, December 12, 2021, at 1:00 p.m. at Forest Hills Memory Gardens where Braxton Prater, Coltyn Prater, Matt Williams, Billy Robins, Rick Brown, Danny Rasnake, Hunter Adkins and Jerry Ray Farley will serve as pallbearers. Honorary pallbearers will be Kyle Amer, Larry Smith, Randy Robins, and Darrell Robins. Visitation will be held on Saturday from 5:00 p.m.-7:00 p.m. at the Forest Hills Chapel prior to the service.
The family would like to express a special thanks to the nurses and staff of Johnston Memorial Hospital Cancer Center especially Dr. Mark Davis and Cathy Hopkins, PA.
Those wishing to express sympathy online may do so by visiting www.farrisfuneralservice.com and signing the online guestbook. The family of Anna Marie Farley is being cared for by Farris Cremation and Funeral Center, 19415 Lee Hwy., Abingdon, Va. 24210 (276-623-2700).
To order memorial trees or send flowers to the family in memory of Marie Farley, please visit our flower store.