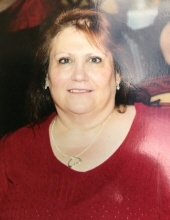 Abingdon, Va. – Mary Ann Frederick, age 70, passed away on Thursday, September 23, 2021. She was born October 26, 1950 in Cleveland, Ohio to William and Anna Marko Frederick, by whom she is preceded in death.

“Heaven has gained an angel, and we know Mary Ann will be looking down on all of us.”

No services are planned at this time.