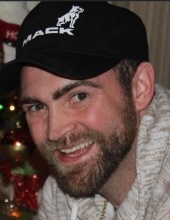 Matthew Shawn Justus, of Bristol, Va., passed away unexpectedly February 20, 2022, at Johnson City Medical Center, he was 32 years old. He was a Pharmacist at CVS for the Southwestern region.
Matthew was born November 18, 1989, he was a 2008 graduate of Hurley High School where he graduated in top five of his class. He proudly wore the #7 Hurley Rebel football jersey where he played Quarterback. Matthew continued his education to pursue a career in Pharmacy. He was a 2015 graduate of the Appalachian College of Pharmacy in Grundy, Va. Matthew had a passion for helping people and enjoyed working with the public. He had a heart of gold, and it wasn’t uncommon to catch Matthew doing a good deed quietly for someone in need. He was a wonderful Pharmacist; he loved his career and he loved those he worked with.
Matthew is survived by his parents Shawn and Becky Justus of Hurley, Va.; his grandfather, George Justus of Hurley, Va.; his grandmother, Ruth Lester of Hurley, Va.; several aunts and uncles and cousins who loved him dearly. He was predeceased by his grandfather, Emzie Lester, Jr.; his grandmother, Dot Justus; two uncles, Jeff Lester and Timmy Lester; and two special cousins, Courtney Lester and Audrey Dotson.
Matthew was a sports enthusiast. He followed most sports closely; however, football, basketball and NASCAR were his favorite. It was rare you ever saw Matthew without him proudly wearing something to support his favorite NFL team the Pittsburgh Steelers. He had two dogs, Opie and Jax, that he loved so very much. Matthew was a wonderful and loving son, a loyal and kind friend and those who knew him loved him dearly. He loved children and he was a special Uncle to Lainey Dotson who adored him beyond measure. His passing will leave a void that can never be filled, and he will forever be missed.
A private family funeral was held for Matthew with Pastor Don Paxton officiating. Burial followed at Forest Hills Memory Gardens Cemetery in Abingdon, Va.
Honorary pallbearers were John Helton, Bill Hibbitts, Danny Looney II, Zack Lester, Donald Lester, George Justus, Jerry Justus, Patrick Justus, and Christopher Prater.
The family asks in lieu of flowers to please consider donating to a local animal shelter in memory of Matthew.
Those wishing to express sympathy online may do so by visiting www.farrisfuneralservice.com and signing the online guest register. The family of Matthew Shawn Justus is being cared for by Farris Funeral Service, 427 Main Street, Abingdon, VA 24210, (276) 623-2700.

To order memorial trees or send flowers to the family in memory of Matthew Shawn Justus, please visit our flower store.