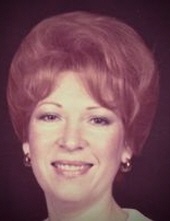 Maxine Atwell Stowers, age 82, of Abingdon, Va., left this earth to be with the Lord, on February 1, 2022, at Johnston Memorial Hospital. She was born on September 18, 1939, to the late Arel Aston Atwell and Lena Branch Miller Atwell in Washington County, Va.

Maxine was an avid musician, gardener, and cook. Though she was strong-willed, she had a delightfully irreverent sense of humor that would light up a room. She adored traveling and spent much of her time traveling the world with her second husband; during their adventures, they were able to explore beautiful places, of which Switzerland was one of her favorites. She grew up heavily involved in the Christian church and was talented enough to be named the church pianist in Greendale at 15 years of age. Maxine, her sister Roxanne, and their parents were well-known in Washington county for their gospel quartet. In her adult life, Maxine enjoyed working in banking, trusts and estates, and being a legal secretary. She was a loving grandmother and enjoyed showering her three grandchildren, Christopher Robert Meredith, Kelsey James Blankenship, and Deanna Michelle Henderson with an abundance of love.

In addition to her parents, Maxine was preceded in death by her first husband, Carl H. Blankenship; her second husband, Edwin T. Stowers, Jr.; her aunt, Elsie Grubb; and her cousin, Blaine Atwell.

Per family request, no services will be held at this time.

Those wishing to express sympathy online may do so by visiting www.farrisfuneralservice.com and signing the online guestbook. The family of Maxine Atwell Stowers is being cared for by Farris Funeral Cremation and Funeral Center. 19415 Lee Highway, Abingdon, Va 24210. (276)623-2700.
To order memorial trees or send flowers to the family in memory of Maxine Atwell Stowers, please visit our flower store.