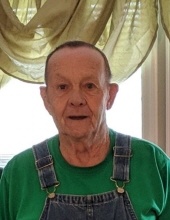 Melvin Morgan Gobble, age 76, passed away on Wednesday, July 7, 2020, at home after a lengthy illness.  He was born June 13, 1944 to the late Frank and Anna Lou Gobble.  Melvin was a U.S. Army veteran and a self-employed carpenter for many years.

Graveside services will be held 2:00 p.m. Sunday, July 12, 2020, in Forest Hills Memory Gardens with Chaplain Cass Farrior officiating.  Military Rites will be conducted by Highlands Veterans Honor Guard and the Virginia Army National Guard.  Those wishing to attend the service are asked to convene at the cemetery.

The family would like to extend special thanks to Ashley and Shirley with Caris Health Care as well as Tammy Johnson for their outstanding care.

Those wishing to express sympathy online  or send “Hugs from Home” may do so by visiting www.farrisfuneralservice.com. The family of Melvin Morgan Gobble is being cared for by Farris Funeral Service & Crematory, 427 East Main Street, Abingdon, VA 24210, (276) 623-2700.
To order memorial trees or send flowers to the family in memory of Melvin Morgan Gobble, please visit our flower store.