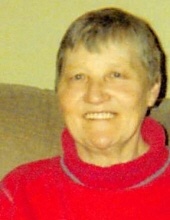 Nancy was born December 10, 1947, in Russell County, Virginia, to the late Emit Boothe, Sr. and Juanita Beavers Boothe. She graduated from Lebanon High School in 1966 and joined the United States Marine Corps, where she became the first woman to raise the flag at El Toro Marine Air Base.

In addition to her parents, Nancy was preceded in death by two brothers, Harold, Sr., and Emit, Jr.

Those wishing to express sympathy online may do so by visiting www.farrisfuneralservice.com and signing the online guestbook. The family of Nancy Ashley is being cared for by Farris Funeral Service & Crematory, 427 E. Main St., Abingdon, VA 24210 (276-623-2700).
To order memorial trees or send flowers to the family in memory of Nancy Ellen Boothe Ashley, please visit our flower store.