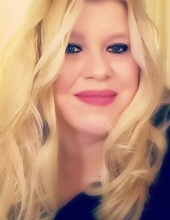 Abingdon, Va. - Oma Michelle Pringle Howard, age 42, passed away on December 18, 2020, in the midst of a fast and fierce battle against Covid-19, at Johnston Memorial Hospital. Though Michelle had fought many battles in her life and won, she would not claim victory on this day.

Oma was born July 28, 1978, in Richlands, Virginia, to the late Edward “Ed” Lee Pringle, Sr. and Ruth Ann Mullins Pringle. She lived with her family in Grundy for the first few years of her life, before moving to Glade Spring, Virginia. She attended Patrick Henry High School, after which she worked at Food City, Bristol Compressors, and later the Petro truck stop. It was at Petro where she fell in love with trucking, so that she later became a long-haul trucker. She loved the West Coast and thought Oregon was one of the most beautiful places she had ever seen.

One piece of wisdom Oma would want everyone to know is: “Please, wear your mask!”

In addition to her parents, she was preceded in death by two brothers, Edward “Eddie” Lee Pringle, Jr., and Randall “Randy” Lee Snyder.

Michelle had the most beautiful smile and heart of gold! Rest in peace, Sis; we love and miss you so much!

No services are planned at this time. A Celebration of Life will be announced at a later date.  Those wishing to express sympathy or send “Hugs from Home” may do so by visiting www.farrisfuneralservice.com.