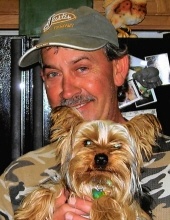 Randall Lee “Randy” Nunley, age 58, of Abingdon, Va., passed away on Friday, December 13, 2019, at the University of Virginia Medical Center.  He was a steel superintendent at Design and Build Construction for most of his life, and was an avid hunter and outdoorsman.

He was preceded in death by his father, Paul Smith Nunley; and his brother, Maynard Nunley.

A funeral ceremony will be held on Monday, December 16, 2019, at 7:00 p.m. at the Main Street Chapel of Farris Funeral Service with Pastor Silas Damron, Jr. officiating.  A committal service will be held on Tuesday, December 17, 2019, at 11:00 a.m. at Forest Hills Memory Gardens.  Those wishing to attend the committal service are asked to meet at the Main Street Chapel on Tuesday before 10:45 a.m. to travel in procession.  Pallbearers will be Austin Burke, Joe Frank Harrison, Rick Harrison, Bill Martin, Wayford Miller, Ellis Musick, Jerry Reynolds, Eugene Wise, and Kamen Wise.  Visitation will be held on Monday from 5:00 p.m.-7:00 p.m. at the funeral home.

The family would like to express a special thanks to the staff of the University of Virginia Medical Center as well as those who cared for Randy at Pikeville Medical Center, especially Dr. Mohamed El Dinali and secretary, April.

Those wishing to express sympathy online may do so by visiting www.farrisfuneralservice.com and signing the online guestbook. The family of Randall Lee “Randy” Nunley is being cared for by Farris Funeral Service and Crematory, 427 E. Main St., Abingdon, VA 24210 (276-623-2700).
To order memorial trees or send flowers to the family in memory of Randall Lee Nunley, please visit our flower store.