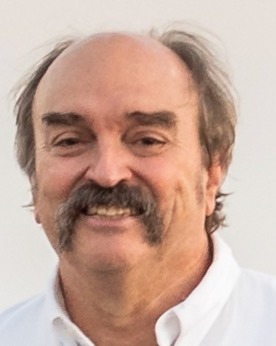 He was born April 22, 1951, to John Elmer Smith and Syble Brown Bartell Smith in Winston-Salem, N.C., where he graduated from R.J. Reynolds High School. He spent his childhood summers in low country South Carolina, where his grandfather taught him how to hunt in the swamps of the family farm.

Randy answered the call of the Blue Ridge mountains and enrolled at Appalachian State University, graduating in 1973. His time in Boone would influence the rest of his life. He met Mary Sue Maiden, the woman who would be by his side for the next 51 years, and they had their daughter Ashley in 1972. Their daughter Sarah was born four years later.

While at ASU, he served on the Popular Programs Committee that planned live music performances from bands like Mountain and the Allman Brothers, who once asked for his recommendation on a good spot for fly fishing. He was a letterman on the men’s soccer team who won the university’s first Southern Conference Championship and was a proud member of the Former Athletes’ Association. He and his family enjoyed many fall weekends in the high country.

Randy began his teaching career in 1973 at John S. Battle High School in Bristol, Va., from which he would retire in 2004 after receiving numerous teaching and coaching accolades, including Washington County Teacher of the Year, the John Marshall Center Outstanding Virginia Teachers Award and Virginia Coach of the Year. He taught government, economics and humanities, and would become known for incorporating song lyrics and poetry into his lectures and greeting students with “Waka-Waka” in the hallways. Early in his teaching career, he earned a master’s degree from Virginia Tech.

He established the JSB cross-country programs for men and women, and his impact on the sport is immeasurable. Today, runners from around the region travel each fall to compete in the Randy Smith Classic on the cross-country course he founded.

His love of teaching and inspiring young people continued at Virginia Intermont College, where he led the Convocation Program, established a poetry club, and organized an annual Earth Day event for students.

The Black’s Fort Chapter of the Daughters of the American Revolution recognized Randy for his deep commitment to the community in December 2022 with their Excellence in Community Service Award, citing his volunteerism with numerous organizations. Throughout the years, he was an area site director for Special Olympics, taught classes in the College for Older Adults and at Pleasant View United Methodist Church, and volunteered with the Washington County Library, where he started the Seed Saver Program.

Randy’s sanctuary was nature. A Master Naturalist, he was an active volunteer in the state parks and found great joy in leading bird walks and owl prowls at Hungry Mother State Park, as well as his annual National Audubon Society Christmas Bird Count with friends. He maintained a list of bird species he had seen over his lifetime and especially treasured the additions discovered on his family’s European cruise last summer.

He is survived by his wife, Mary Sue; his daughters Ashley Smith of Charleston, S.C. and Sarah Smith (Jesse Richert) of Winston-Salem; his brother, Liston (Karen) Smith of Hendersonville, N.C.; his aunt Kathleen Graham; his uncle Fred Moore; several beloved cousins; several nieces and nephews; and two great-nephews and one great-niece.

It was all worth the trouble, pilgrim.