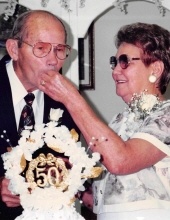 Chilhowie, VA – Ray B. McCray, age 94, born October 4, 1926, went home to be with the Lord at Valley Rehabilitation and Nursing Center in Chilhowie, Virginia on Thursday, September 16, 2021. He had lived in Meadowview, Virginia, where he graduated high school, and Hayter’s Gap, Virginia before moving to Abingdon to live with his son, Michael.

Ray worked as a Machinist in the Defense industry at the Raytheon Company facility in Bristol, Tennessee. Subsequent to the closing of the Raytheon plant, Ray and his late wife provided maintenance for the PennStuart law firm facility in Abingdon, Virginia.

Ray was a faithful member of Trinity Baptist Church and he attended regularly as long as his health permitted.

Ray’s best days were those spent spending time with his son doing whatever Michael wanted to do. For example, Ray was not a huge fan of fishing, but he often took Michael fishing because that was what Michael wanted to do. Ray was a devoted father and always there for his son, no matter what he needed or wanted.

He was preceded in death by his wife, Inez Carter McCray; sister, Gladys Taylor; and brother, Clarence McCray.

Left to cherish Ray’s memory is his son and only child, Michael McCray.

The family will receive friends on Friday, September 17, 2021 from 6:00 PM until 7:00 PM at the Main Street Chapel of Farris Funeral Service.

A graveside service with military honors will be held on Saturday, September18, 2021 at 2:00 PM at Knollkreg Memorial Park, with Pastor Jerry Eggers officiating.