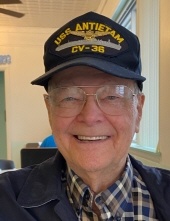 Abingdon, Va. – Charles Conrad “Skip” McNeer left this earth on May 18, 2021. The son of Henry P. McNeer and Ruth Freeman McNeer, he was born June 6, 1934 in Huntington, West Virginia. He has lived in Abingdon, Virginia since 2008 and was recently residing at Oakmont at Gordon Park Assisted Living.

He was preceded in death by his wife of 60 years, Marjorie Ann Bowen; and his sister, Phoebe McNeer.

Conrad grew up in Bristol, Virginia where he attended High School at Bristol Virginia HS (Class of ’52). After attending Duke University (1956), he married Marjorie Bowen of Miami, FL in 1956.

Conrad had a varied career starting with his years as a U.S. Naval Aviator (1956-60). He received his MDiv degree from Virginia Theological Seminary (1963) followed by postings as Vicar for the Dioceses of Southwestern Virginia and Kansas. He was a Guidance Director for Sullins College (1967-70). Conrad continued his education in later years, accepting a Fellowship in Pastoral Counseling at the Menninger Foundation (1970-73) and earning his MSW at the University of Kansas (1989-90). He worked in his Private Practice in Kansas, providing Pastoral Counseling and then Clinical Social Work from 1973-1998. In his retirement years, he returned to Southwest Virginia, living in Abingdon and acting as President of Standard Banner Coal Corp.

Memorial Donations may be made to Ecumenical Faith in Action, a local Mission outreach organization, located at 798 Hillman Hwy, NE, Abingdon, VA  24210 (276-628-4813; https://www.abingdonfaithinaction.com/).

Those wishing to express sympathy online may do so by visiting www.farrisfuneralservice.com and signing the online guestbook. The family of Rev. Charles Conrad “Skip” McNeer is being cared for by Farris Funeral Service & Crematory, 427 E. Main St., Abingdon, VA 24210 (276-623-2700).
To order memorial trees or send flowers to the family in memory of Rev. Charles Conrad McNeer, please visit our flower store.