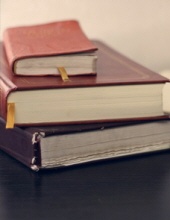 He had a career in sales of wireless communications devices, and he liked to draw and read.

In addition to his father, Richard David was preceded in death by one uncle, Larry Dean Fuller.

He is survived by his mother, Susan Hamlin; one daughter, Lacey; and two aunts, Velma Sykes, and Delma Fuller.

No formal services are planned at this time. The family requests that contributions be made to the funeral home to assist with expenses.