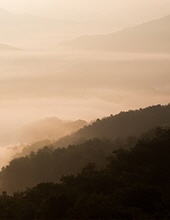 Robert Eugene “Bob” Golkosky, age 78, of Abingdon, Va., passed away on November 28, 2021, at Johnston Memorial Hospital. Bob was born on March 19, 1943, to the late Joseph Golkosky and Margaret Golkosky.

He had a wonderful sense of humor, often lovingly teasing his friends and family. Bob enjoyed his work, as it brought him to new and beautiful places; as a result, he was a seasoned traveler. He was not one to take himself too seriously, even though he was a member of MENSA International. Bob enjoyed building model trains which were displayed in his basement workshop.

In addition to his parents, he was preceded in death by his infant daughter, Michelle; his sister Barbara Brodak; and his brother Joseph Golkosky.

Bob is survived by his loving wife of 53 years, Judy Golkosky; his son, Rob Golkosky and his wife Katy; his brother-in-law, Ken Levitz and his wife Michele; numerous nieces and nephews; many cousins; and more friends than one could count.

Services are private, for family only.

In lieu of flowers, memorial contributions may be made to Ecumenical Faith in Action by mailing a contribution to 798 Hillman Hwy NE, Abingdon, VA 24210.

Those wishing to express sympathy online may do so by visiting www.farrisfuneralservice.com and signing the online guestbook. The family of Robert Eugene “Bob” Golkosky is being cared for by Farris Funeral Service and Crematory. 427 East Main Street, Abingdon, Va. 24210. 276-623-2700..
To order memorial trees or send flowers to the family in memory of Robert Eugene "Bob" Golkosky, please visit our flower store.