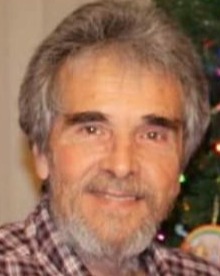 Duane was such a loving, devoted Dad and "HeyDaddy." He could build and fix absolutely anything; he was a friend to all, and was the biggest Allman Brothers fan. "The Road Goes On Forever."

At Duane's request, no funeral or memorial service will be held at this time. There will be a celebration of life ceremony and spreading of ashes with family and friends at a later date.

To order memorial trees or send flowers to the family in memory of Roger Duane Cullip, please visit our flower store.