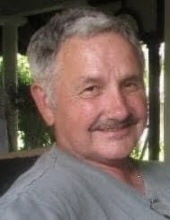 Abingdon, VA - Roger Edwards, age 78, passed on Monday, March 29, 2021, in Abingdon, Virginia. Roger was born in Haysi and grew up on Lick Creek. He was a 1960 graduate of Haysi High School. In the early 90's Roger completed his bachelor’s degree and continued his education to earn a master’s degree. He began his career at Bell Atlantic, which later became Verizon, in the Washington DC area. He retired as a system's analyst in 2000 and moved from Laurel, Maryland to Abingdon, VA. Roger was a member of Abingdon United Methodist Church and enjoyed his participation in the Civitans and the "Grumpy Old Men."

He was preceded in death by his parents, Vernon and Eva Edwards, siblings, Eddie Jean, Norma June, Audrey Jeanette, Robert Vernon, and Betty Joyce, all who died in infancy, and daughter, Audrey Salazar.

Roger is survived by his wife of 58 years, Alta Edwards; daughter, Marie Stancovich of Marriottsville, MD; grandchildren, Shelby and Frank Cinquegrani, Wade Stancovich and Nicole Alvarez, Cody Salazar and Molly Ertel, and Tyler Edwards, and his favorite family member, great-granddaughter Mia Cinquegrani. He has numerous in-laws, cousins, and friendships which were special to him.

A private family celebration of life will be held at a later date. In lieu of flowers, please honor Roger with memorial contributions to Kendall and Kids (2120 Carroll Dale Road, Sykesville, MD 21784), a foundation created in honor of his deceased daughter which provides underprivileged youth with financial assistance.