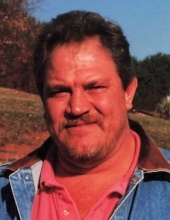 Ronnie Glenn Wolfe, age 63, of Abingdon, Va., passed away on Saturday, December 25, 2021, at his home. He was born September 24, 1958, to the late Oca Wolfe and Madeline Spriggs Wolfe and was raised in the Hayter’s Gap Community. Ronnie was a former employee of Moore’s Quality Snack Foods, Inc. and attended Pine Hill Community Church.

In addition to his parents, he was also preceded in death by two sisters, Eileen Fields and Geneda Reynolds; and a brother, Clyde Wolfe.

Those wishing to express sympathy online may do so by visiting www.farrisfuneralservice.com and signing the online guestbook. The family of Ronnie Glenn Wolfe is being cared for by Farris Funeral Service and Crematory, 427 E. Main St., Abingdon, Va. 24210 (276-623-2700).
To order memorial trees or send flowers to the family in memory of Ronnie Glenn Wolfe, please visit our flower store.