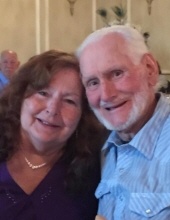 Rosemary Potter, age 75, of the Hayter's Gap Community of Saltville, Va., passed away on Tuesday, May 4, 2021, at home with her family.  She was born July 25, 1945, to the late Bernard Francis Lyons, Sr. and Mary Theresa Kenyon Lyons in Wilmington, Delaware.  She was a devoted housewife and loving mother who harbored a passion for flower gardening.  Rosemary owned and operated Rose's Kitchen in Abingdon, Va. alongside her husband, Daniel, for nine years.

Services will be private.
To order memorial trees or send flowers to the family in memory of Rosemary Potter, please visit our flower store.