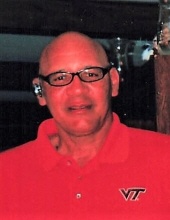 He was born July 4, 1953, to the late Frank Fullen and Eliza Oxendine Fullen in Saltville, Va. Rudy was a 1972 graduate of Patrick Henry High School and earned his bachelor’s degree in Economics from East Tennessee State University. He was a veteran of the United States Army. Rudy worked at Raytheon for 14 years and worked in the automotive industry for over 20 years as a car salesman.

In addition to his parents, Rudy was also preceded in death by four siblings, Buddy Fullen, Donald Preston Fullen, Paul Fullen, and Ruby Fullen; and a special cousin, Joann Richardson.

A funeral ceremony will be held on Thursday, June 16, 2022, at 2:00 p.m. in the Main Street Chapel of Farris Funeral Service with Rev. Herbert Scott officiating. A committal service will follow in Forest Hills Memory Gardens where pallbearers will be family and friends. Those wishing to view the service from home may do so by visiting www.farrisfuneralservice.com/services/livestream after 1:30 p.m. Visitation will be held on Wednesday, June 15, 2022, from 6:00 p.m.-8:00 p.m. at the funeral home.
Friends may call at the home of George Fullen, 245 Morningside Ln., Abingdon, VA 24210.

Those wishing to express sympathy online may do so by visiting www.farrisfuneralservice.com and signing the online guestbook. The family of Rudolph “Rudy” Fullen is being cared for by Farris Funeral Service and Crematory, 427 E. Main St., Abingdon, Va. 24210 (276-623-2700).

To order memorial trees or send flowers to the family in memory of Rudolph "Rudy" Fullen , please visit our flower store.