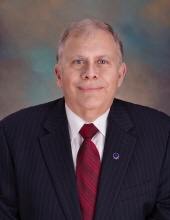 Every life is a story, and each story is shaped by our talents and passions, our family and relationships, and our values and beliefs. The story of Samuel Lane Neese is one that speaks volumes to each of these. He was a humble, generous man who supported countless people through his work as a banker and his volunteer activities. He was a man of faith who held true to his strong Christian values. He was the solid rock for his family and friends, standing strong in times of need offering help and hope.

Sam started his 72-year journey at Johnston Memorial Hospital in Abingdon, Va. on June 22, 1950. Like many young men of his era, Sam began working at an early age with his father and brothers on their farm to help support the family. It was here he learned the value of hard work, plus the need for determination and a strong will – traits that helped to lay a strong foundation for his future.

As Sam progressed through elementary and high school, he became an accomplished athlete. When choosing a major at Emory & Henry College, his love of sports led to an early interest in physical education, but he eventually turned his talent for numbers into a bachelor’s degree in Economics. Following his college graduation, Sam worked for several local companies before taking a job at Central Fidelity Bank (formerly Washington County National Bank). This is where he learned all about banking, the industry where he would build a successful career over the next 40 years.

In 1988 at the age of 38, Sam took one of the biggest steps in his career when he joined Highlands Union Bank, a new local bank with a small team of employees. By the age of 39 he was appointed Vice President and CEO, and for the next 28 years he built an immensely successful community bank, taking HUB (along with Highlands Bankshares Inc.) to over 15 branches in three states with more than 250 employees, including many of the employees that were with the bank on his first day.

In 2016, it was time for Sam to retire from Highlands Union Bank, however, he was not yet done with his career! In January of the following year, Sam joined the team at Powell Valley National Bank as Market Executive and Senior Vice President, and Business Development Officer. He worked to first open a loan production office in Abingdon for Powell Valley Bank – this was soon followed by the design and development of a new branch bank office that brought new business and employment opportunities to the Abingdon area. He worked at this bank until his passing.

Sam Neese took on many volunteer roles as well. Throughout the years he was a board member for local, state and national banking associations, including Virginia Bankers Association and American Banking Association, as well as Independent Community Bankers of America where he also held the title of President (for a one-year term). Not only was Sam committed to his career and the banking industry, but he was also very community minded. He served the Abingdon and Southwest Virginia region through many community service roles, including the Kiwanis club, the William King Arts board, the Johnston Memorial Hospital board. He worked closely with the Chamber of Commerce, he was on The Board of General Dynamics, and most recently he was asked to join a state health commission to assist with the recent merger of regional hospitals for Ballad Health. He is the recipient of numerous awards and recognition for his dedication to his industry and his community for over 40 years.


Because of the many hats he wore, Sam met many people, and touched many lives in many different ways. He has been a compassionate friend, a strong business partner, and reliable banker to now four generations of people in the Abingdon community.

Sam Neese was also incredibly devoted to his family. He was a kind and loving husband to Brenda, whom he met during his college years. He was an amazing father to two children, and throughout their elementary and high school years, he and Brenda supported countless school functions and afterschool activities. In recent years his two grandchildren have been a new focus, and he spent time with them at home and on his boat at South Holston Lake.

As a strong Christian, Sam attended Greenfield Baptist Church in Meadowview for most of his life, and in recent years he’s been a member of Highlands Fellowship in Abingdon. Sam has dedicated his life to serving God, his family, his industry, and his community.

Sam Neese’s story came to its end on Friday, August 12, 2022, when he was called home to be with the Lord. He was preceded in death by his father, Noel Clifford Neese, and his mother, Mary Elizabeth Talbert Neese, both of Meadowview, Va. He is survived by his wife of 51 years, Brenda Stigers Neese, his daughter Heather, his son Andrew and his wife Beth, plus two grandchildren, Noah and Sophia. He is also survived by two brothers and their wives – James (Jim) Neese and Catherine and family, and William (Bill) Neese and Debbie and family. He also leaves behind many aunts, uncles, and cousins on both the Neese and Talbert sides.

Please join us to celebrate Sam’s life on Friday, August 19 from 5:00PM – 6:15PM at Highlands Fellowship Church located at 22417 Watauga Rd, Abingdon, VA 24211. Visitation will take place prior to the service from 3:00PM – 5:00PM. The family will provide time during the service for guests to share their memories and stories about Sam. An internment service will be held the following day, Saturday August 20, at 11:00AM at Knollkreg Memorial Park located at 556 Walden Rd NE, Abingdon, VA 24210.

You are also welcome to share with the family your stories and comments in memory of Sam on his Facebook page (www.facebook.com/sam.neese.3). Sam was an honorable, private man who took many confidences with him in his passing. We encourage you to post your story on his page (or privately send it via Facebook Messenger) so that the family will know what he did and meant to you. This may be the only way we’ll ever know your story, so please feel free to share it with us.

To order memorial trees or send flowers to the family in memory of Samuel Lane Neese, please visit our flower store.