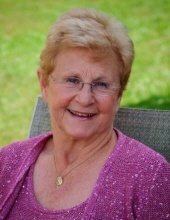 Sharon Long passed away Friday, August 12, 2022, peacefully at her home in Bristol, Tennessee, at the age of 79. She was preceded in death by her husband Denny J. Long of Lebanon, Virginia. She is survived by her children Cynthia L. Tucker of Greenville, South Carolina, Marcia T. Ulcar (Frank) of Knoxville, Tennessee, and David R. Tucker (Leigh Ann) of Mt. Carmel, Tennessee, as well as her brother Don Mangin of Lima, Ohio. She is also survived by six grandchildren: Elisabeth Noblet, Wesley and Michael Cooke, Alexander and Benjamin Tucker, and Riley Loughran.

Sharon was born on November 21, 1942, in Lima, Ohio to John and Merle Mangin. Sharon’s mom said that as a little girl, Sharon never met a stranger, and this was so true. She was kind and interested in everyone she met throughout her life. She graduated from Lima High School in 1960 and moved to Tennessee in 1965. Sharon attended East Tennessee State University in the mid-1980s and graduated with a Bachelor of Science Degree in Nursing. After receiving her degree, Sharon worked at Bristol Regional Medical Center as a registered nurse in ICU for over 20 years. She retired from the hospital in 2004. After retirement, Sharon and her husband Denny traveled extensively in the United States, Mexico, and Canada. She enjoyed spending time with her children and grandchildren. In her later years, Sharon loved competing in the AKC Agility events with her Australian Shepherds Belle, Rebel, and Scout.

To order memorial trees or send flowers to the family in memory of Sharon Ann Long, please visit our flower store.