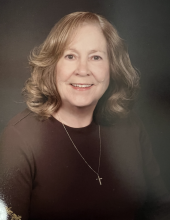 Abingdon, VA – Shirley Ann Stansberry, age 83, passed on Tuesday, July 19, 2022, in Bristol Regional Medical Center. Shirley was raised in Tazewell, VA but Abingdon was her home for many years. She was a member of Woodland Hills Christian Church.

Shirley was preceded in death by her parents, Howard Wayne Stansbury and Ada Faye Hamm Stansbury, and brothers, Ray and Darrell Stansbury.

A private memorial service will be announced at a later date.

In lieu of flowers, memorial contributions may be made to the charity of your choice. Those wishing to express sympathy online may do so by visiting www.farrisfuneralservice.com and signing the online guest register.

To order memorial trees or send flowers to the family in memory of Shirley Ann Stansberry, please visit our flower store.