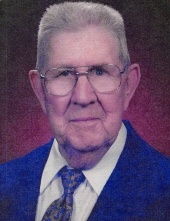 Meadowview, Va.
Thomas Franklin McFadden, age 92, entered heavenly rest on Thursday, March 18. 2021 at Johnston Memorial Hospital. Tom was born in Russell County, Va. but had spent most of his life in Washington County, Va. As a young man, he joined the U.S. Marine Corps and fought in the Korean Conflict. There, he suffered combat injuries and lost an eye. Tom was awarded the Bronze Star for valor and bravery and the Purple Heart. After recovering from his wounds, Tom returned to Abingdon where he started his own hauling business. He was a farmer and hauled lime to fellow farmers in Southwest Virginia for many years. The friendships that he made in this business lasted a lifetime. Tom was a member of Carvosso United Methodist Church and McCabe Lodge #56; International Order of Odd Fellows.

Those that knew Tom will remember him as a selfless man, who always put others before himself. He always recognized the best in people.

The family would like to offer heartfelt thanks to Sue Tuell for the love and care shown to Tom during his last years. Roberta Vannoy and Cynthia Harvey were also close friends who supported him over the years.

Tom will lie in state from 1:00 PM – 4:00 PM on Sunday, March 21, 2021 at the Main Street Chapel of Farris Funeral Service for friends to sign the guest register and pay their repsects.

A funeral service will be held at 5:00 PM at the funeral chapel with Rev. Mark McFadden, Rev. Leonard Smith and Rev. Bill Breeding officiating. A time of Celebration and Conversation will follow the service from 6:00 PM – 7:00 PM.

In lieu of flowers, the family suggests that memorial contributions be made to the Carvosso UMC Building Fund; 19429 Rustic Lane; Abingdon, Va. 24210.

COVID-19 regulations will be followed; including wearing masks, social distances and adherence to facility capacity guidelines.

Those wishing to share memories, express sympathy, and send “Hugs from Home” may do so by visiting www.farrisfuneralservice.com.  The family of Thomas Franklin McFadden is being cared for by Farris Funeral Service and Crematory, 427 E. Main St., Abingdon, VA 24210 (276-623-2700).
To order memorial trees or send flowers to the family in memory of Thomas Franklin McFadden, please visit our flower store.