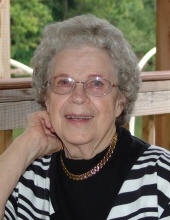 Vivian Lucille Neese Mock, 99, went to be with the Lord on Friday, November 26, 2021, in Abingdon, Va. at Commonwealth Assisted Living Center after a long illness.

Mrs. Mock will be remembered as a devoted wife, mother, grandmother, great-grandmother, and friend. She was always known to go above and beyond to help those around her and made everyone feel special. She was a woman of faith, strength, and resilience and cherished her family and friends.  She was a lifetime member of Greenfield Baptist Church in Meadowview, Va., and worked at Johnston Memorial Hospital in Abingdon, Va. until her retirement.

In addition to her parents, Mrs. Mock was preceded in death by her husband, Carl Mock; her daughter, Joyce Mock Wohlford; her sisters, Marie Copenhaver, Goldie Copenhaver, and Ruby Graybeal; and her brothers, Noel Neese, Carl Neese, Oscar Neese, Arthur B. Neese, Jr., and Everett Neese.

Mrs. Mock is survived by her children, Phyllis Mock Thomas, and her husband, David, and Glenn Mock and his wife, Jan, and son in law, Gerry Wohlford.  Other survivors include her siblings, her brother, Bernard Neese, and his wife, Charlene, and sister, Dorothy Neese Cannon.  She is also survived by her sister-in-law, Katherine Mock, and seven loving grandchildren, Eric Wohlford (Allison), Tracy Wohlford-Topolski (Laura), Blake Mellinger (Amy), Brittany Harris (Justin), Mary Arrington (Dan), Alex Mock (Sarah), and Valery Mock.  In addition to her grandchildren, she is survived by many great-grandchildren, Davis, Cylvia, Ember, and Jocelyn Wohlford; Mason and McKenna Mellinger; Elijah Harris; Charlotte, Owen, Vivian, and Henry Arrington; and Luke and Connor Mock.  Her survivors also include numerous nieces and nephews.

The family would like to express their sincere appreciation and thank you to Caris Hospice and to Commonwealth Assisted Living, where Mrs. Mock called home for many years.

A graveside service celebrating the life of Vivian Mock will be conducted at 2 p.m. on Friday, December 3, 2021, at Greenfield Baptist Church Cemetery in Meadowview, Va.

Those wishing to express sympathy online may do so by visiting www.farrisfuneralservice.com and signing the online guestbook.
To order memorial trees or send flowers to the family in memory of Vivian Lucille Neese Mock, please visit our flower store.