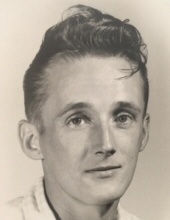 Wayne Douglas Eldreth, age 79 and of the Brumley Gap Community, passed on Wednesday, May 27, 2020, at his home.

Wayne was a graduate of Meadowview High School and was a veteran of the U.S. Army.  He was a former employee of Bristol Steel, American Longwall, and Joy Mining.  Wayne was a member of and faithfully attended the Church of Christ for over 40 years and never met a stranger.

He is preceded in death by his parents, Howard and Marvie Dye Eldreth; wife, Susan Byrd Eldreth; and brothers, Donald and Ronald Eldreth.

Visitation with the family will be held 6-8 p.m. Friday, May 29, 2020, in the Main Street Chapel of Farris Funeral Service with social distancing and face mask requirements observed.  Graveside services will be conducted at 2:00 p.m. Saturday in the Kestner-Eldreth Cemetery, Poore Valley Road, Saltville, Va., with Pastor Kevin Jennings officiating.  Pallbearers will be Tony Reynolds, Dustin Reynolds, Zachary Reynolds, Waylon Reynolds, and Mark Eldreth. Lincoln Reynolds will be an honorary pallbearer, and military rites will be conducted by the Virginia Army National Guard.

Those wishing to share memories, express sympathy, and send “Hugs from Home” may do so by visiting www.farrisfuneralservice.com. The family of Wayne Douglas Eldreth is being cared for by Farris Funeral Service & Crematory, 427 East Main Street, Abingdon, VA 24210, (276) 623-2700.
To order memorial trees or send flowers to the family in memory of Wayne Douglas Eldreth, please visit our flower store.