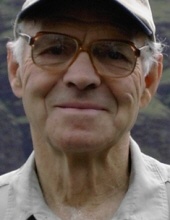 Will was born in a Gennette Logging Camp on October 25, 1927, near Norma, TN, and received elementary and secondary education in Higdonville School and Franklin High School, Macon County, NC. Will served in the United States Navy from 1945 -1948, was recalled to active duty on the USS Missouri (BB-63) during the Korean War and was the recipient of seven military service awards. Will returned to his education plans following the Korean War, graduated from Western Carolina Teachers College in 1953, and received a master’s degree in education from Western Carolina Teachers College in 1958. Will’s education career included teaching and administrative positions in Macon County, NC School District and in Cherokee, NC, Wales, Scammon Bay, Anchorage, and Fairbanks, AK as an employee of the Bureau of Indian Affairs.

Will grew tomatoes for commercial sale in the late 1960s as a member of the Macon County Tomato Growers Cooperative, and he also began growing Fraser fir Christmas trees at this time. Following retirement from his education career, Will continued growing his Fraser fir trees until 2010. Will also was a dedicated member of the Appalachian Trail Maintenance Crew, Nantahala and Mount Rogers Districts, for parts of NC, TN, and VA from 1999 till 2017. Will cherished the nickname, “axeman,” given to him by members of the Trail Crew, and Will also took pride in receiving the “Best Wood Chopper Award” at the Franklin, NC, 1955 Centennial Celebration.

Will didn’t know any strangers; he made friends with all the folks he met, and he was a talented storyteller. Will authored A World Apart: My Life Among the Eskimos of Alaska and co-authored The Boys of Battle Branch with his brother, Jackie Corbin.

Will was a founding member of the Higdonville, NC, Baptist Church, and a visitation will be held outdoors on Friday, April 1, 2022, from 1:30pm – 2:00pm with funeral services following at 2:00 pm at the church.

Burial will be in the church cemetery.

This is a courtesy announcement by Farris Funeral Service and Crematory, 427 East Main Street, Abingdon, VA 24210, (276) 623-2700.
To order memorial trees or send flowers to the family in memory of Wilford Ware Corbin , please visit our flower store.