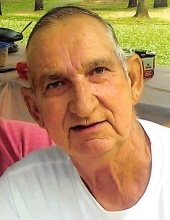 William was born in Washington County, Va. on October 7, 1943 to the late Mary Wolfe Caudill and Orville Caudill.

He is preceded in death by two brothers, Talmadge Caudill and Ira Caudill; a son-in-law, John Michael Martin; and a brother-in-law, Mike Counts.

The funeral service will be held on Tuesday, November 23, 2021 at 2:00 PM at the Forest Hills Funeral Chapel of Farris Funeral Service, located in Forest Hills Memory Gardens at 19415 Lee Hwy., Abingdon, VA 24210 with Rev. Brian Reed officiating. Burial will follow in the cemetery.

A special thanks is extended to the staff of Caris Healthcare Hospice.

The family of William Caudill is being cared for by Farris Funeral Service and Crematory - Forest HIlls Chapel, 19415 Lee Highway,  Abingdon, VA 24210 (276) 623-2700.
To order memorial trees or send flowers to the family in memory of William Caudill, please visit our flower store.