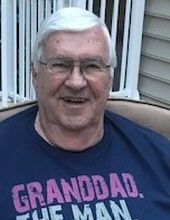 Abingdon, VA – William Edward DeBord, age 81, passed on Wednesday, March 30, 2022, in Johnston Memorial Hospital. Mr. DeBord was a 1958 Graduate of Richlands High School. He retired from the Philip Morris Corporation and was a member of Abingdon United Methodist Church.

Those wishing to express sympathy online may do so by visiting www.farrisfuneralservice.com and signing the online guest register. In lieu of flowers, memorial contributions may be made to St. Jude Children’s Research Hospital, www.st.jude.org/donate, in Mr. DeBord’s name.

To order memorial trees or send flowers to the family in memory of William Edward DeBord, please visit our flower store.