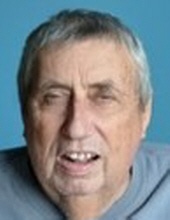 Kerm is survived by his brother, Gerald DeBord; sisters, Mattie, Brenda, and Glenda DeBord; sister-in-law, Julia DeBord Wilcox; several nephews; a niece; many cousins; and special friends and neighbors he knew during his lifetime. He will be deeply missed by his family and all who knew him.

Honoring Kerm’s request, there will be no funeral service and the interment will be private.

The family would like to thank and express deep appreciation to all who supported them during Kerm’s illness. Those wishing to express sympathy online may do so by visiting www.farrisfuneralservice.com and signing the online guest register.

To order memorial trees or send flowers to the family in memory of William Kermit DeBord, please visit our flower store.